Editor's note: This is # 25 in a series of posts by Dennis Horne about collectible books. The introduction is here. 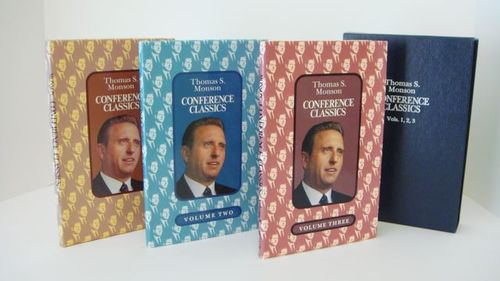 “After being in the Twelve for a considerable period, I observed that a number of people who were publishing books were, without my permission, quoting material which I had given in public addresses. Feeling that I indeed would like to have a permanent record of some of these accounts which I had experienced in my life and that I would like them to appear in a book which I authored, rather than in someone else’s volume, I at length determined to publish a book. Arrangements were made with Desert Book Company. I have a negative feeling about writing for profit; hence, I visited with Wilford W. Kirton so that any royalties that would accrue from my works would automatically go into a trust fund to assist our children in their desires to own homes of their own. (Thomas S. Monson, On the Lord’s Errand [Salt Lake City: privately printed, 1985], 329.)