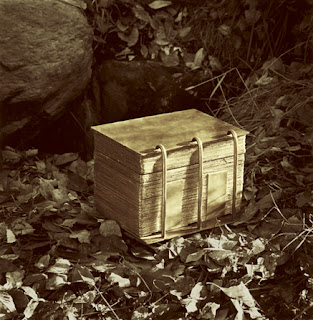 They are rejecting the revelations to Joseph Smith that speak of modern peoples as descendants of the ancient Lamanites. See Doctrine and Covenants sections 32:2; 28:8-9, 14; 49:24; 30:6; 19:27; 54:8. It seems that if the Book of Mormon isn’t speaking of real ancient peoples, we may as well toss out the Doctrine and Covenants as well.

They reject the signed testimony of the three witnesses, who stated “That we . . . have seen the plates which contain this record, which is a record of the people of Nephi, and also of the Lamanites, their brethren, and also of the people of Jared, who came from the tower of which hath been spoken. And we also know that they have been translated by the gift and power of God, for his voice hath declared it unto us; wherefore we know of a surety that the work is true.”[1]

They reject the sublime vision of President Joseph F. Smith, commonly known as the Vision of the Redemption of the Dead, as found in the last section of the Doctrine and Covenants (138). Verse 49 speaks of deceased Nephite prophets who mingled with other prophets and righteous Saints in the Spirit World. These first four items are all from canonized scripture that Latter-day Saints have raised their hands and voted to sustain.

They reject the apostolic witness of President James E. Faust, concerning the reality of the prophet known as the brother of Jared. President Eyring recorded the following in his journal: “Elder Faust bore testimony that he, like the brother of Jared, could say that he knew the Lord lived. When Kathy thanked him later for sharing something so sacred with us, he smiled and turned away without comment.”[2] Another time President Faust testified: “I would tell you of the divinity of the work we are all engaged in. My testimony is like that of the brother of Jared who saw the finger of God and believed no more for he knew. It has been given to me to know, for I have become acquainted with the Savior.”[3] Lastly, “He [Jesus] lives. There is no question about that. I can testify with the same conviction and sureness as the brother of Jared. As he saw the finger of God, it is written, he believed no more, for he knew” (see Ether 3:6, 19).[4]

They reject the apostolic witness of Elder David B. Haight, as given before the Quorum of the Twelve Apostles in 1989 (as read by President Gordon B. Hinckley during Elder Haight’s funeral in 2004). After reading (from the minutes) of things that Elder Haight had testified of seeing in visions of the life, death, and resurrection of Christ, President Hinckley read from Elder Haight’s recorded testimony the following: “I had marvelous manifestations regarding the Prophet Joseph Smith and of the Angel Moroni and of the prophets since Joseph Smith.”[5]

They reject the testimony of the authenticity of the Book of Mormon as given by Elder Vaughn J. Featherstone: “I know the Book of Mormon is true, and I would rather lay down my life this instant than deny that Nephi, King Benjamin, Alma, Ammon, Moroni, Mormon, and the Brother of Jared were prophets of God. I know they were. As I stated to the missionaries, the enemies of the Church could line up four abreast from San Francisco to Salt Lake City and come to me to try to convince me that the Church was not true, and when the last one had passed by I would still know that this church is the only true church on the face of the earth.”[6]

They reject the witness of President Ezra Taft Benson, who spent much of his ministry as the President of the Church, testifying to the certain truth of the Book of Mormon; that it is the keystone scripture of the Church.[7]

They reject the collective witness of all the prophets, apostles, general authorities, and righteous Latter-day Saints, who have had the Holy Spirit bear witness to them that the Book of Mormon is true; an authentic divine record that is exactly what it says it is. By so doing, they reject both apostolic testimony and also the sure witness of their fellow faithful Saints. They reject the Holy Spirit, the voice of God, and the voice of angels.

They reject the recent statements made by the current President of the Church, Russell M. Nelson, referring to the prophet Mormon being a man who lived long ago: “Joseph Smith did not name the Church restored through him; neither did Mormon.”[8] And: “We have to be careful to protect the name ‘Mormon.’ The media will think that we are tossing it out. We aren't. We just want to be accurate. Mormon was a man. He was a prophet. He was a writer, a record keeper. We honor him and treasure the book that bears his name. We're talking about the name of the Church.”[9]

They reject Joseph Smith’s foundational testimony as found in JS—History; especially his testimony of the words of the angel Moroni to him. Verse 34: “He said there was a book deposited, written upon gold plates, giving an account of the former inhabitants of this continent, and the source from whence they sprang. He also said that the fulness of the everlasting Gospel was contained in it, as delivered by the Savior to the ancient inhabitants.”

Finally, they are rejecting the testimony of Jesus Himself: “And he [Joseph Smith] has translated the book, even that part which I have commanded him, and as your Lord and your God liveth it is true” (D&C 17:6).[10]

If the Book of Mormon is not a translation, by the gift and power of God, of an ancient abridged record, as it purports to be, then The Church of Jesus Christ of Latter-day Saints is not what it purports to be. Those rejecting the Book of Mormon’s divine authenticity as an ancient historical scriptural record should reconsider their conclusions—meaning get a testimony of it for themselves and cease leading others astray. I testify, with all the others (probably millions), that Joseph Smith was a prophet and that the book he translated is true and of ancient origin, for God has revealed this to me.