Editor's note: This is the 8th in a series of posts by Dennis Horne, sharing quotes from his book, Determining Doctrine: A Reference Guide for Evaluating Doctrinal Truth. You can read the first post here. The first part of each post is a new introduction, placing the quotes in context with contemporary issues. The quotes that then follow are from the Determinining Doctrine book, which contains many quotes that are not readily available elsewhere or are exclusive to the book. 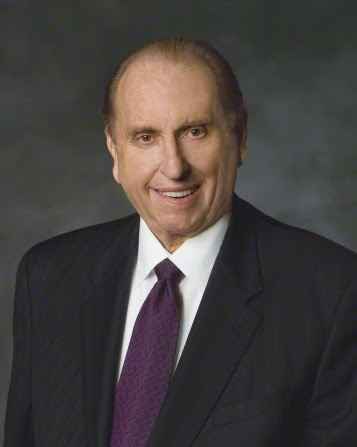 There are only two sources for doctrine in the Church, the scriptures and the prophets. Occasionally some people question or debate which of them is the superior. Those paying careful attention to prophets and apostles realize that they constantly refer to the scriptures in their teachings. They study them, expound them, live their lives by them, and interpret them for the Church. And they do not teach doctrine or administer the affairs of the Church out of harmony with them. The only exception to this is wherein the Lord gives a new revelation to the President of the Church. It is because of this one limited exception—new communication of the mind and will of the Lord to the prophet—that he becomes the final and ultimate doctrinal authority for the Church. Church leaders have so declared:

On , the First Presidency drafted a letter to Franklin L. West, Church Commissioner of Education, which said in part:

[In] teaching the principles of the Gospel as set out in the doctrines of the Church.

In this work the teachers will use,—The Old and New Testaments; The Book of Mormon; The Doctrine and Covenants; The Pearl of Great Price.

These four constitute the “Standard Works of the Church” and are the ultimate authority on all matters of doctrine, save where the Lord shall have given or shall give further revelation through the prescribed source for such, the President of the Church. (James R. Clark, comp., Messages of the First Presidency of The Church of Jesus Christ of Latter-day Saints, 6 vols. [Salt Lake City: Bookcraft, 1965-75], 6:208.)

Here we must have in mind—must know—that only the President of the Church, the Presiding High Priest, is sustained as Prophet, Seer, and Revelator for the Church, and he alone has the right to receive revelations for the Church, either new or amendatory, or to give authoritative interpretations of scriptures that shall be binding on the Church, or change in any way the existing doctrines of the Church. He is God's sole mouthpiece on earth for The Church of Jesus Christ of Latter-day Saints, the only true Church. He alone may declare the mind and will of God to his people. No officer of any other church in the world has this high right and lofty prerogative.

Now, a simple measure.  I say we have a lot of loose writing today and some written by high named, highly ranked men, in some cases.  How shall we know whether or not this is what the Church thinks, and when we know, how do we know that this is not just an individual speaking?  It is just as simple as this.  Ask yourself one question and teach your students, “Is it scriptural?”  That is all you have to say.  Does it square with what we have taught in the Standard Church Works?  If it is new doctrine, then we may conclude that it is only his own opinion, unless that individual who is giving new doctrine is the President of the Church, and when he gives it, he will tell you it came as an inspiration from the Lord.  Now, if it contradicts something that is in the scripture, or goes contrary thereto, you may know by that same token, regardless of who says it, that it is false, and therefore, it may be branded in your own thinking as false. (“The Place of the Church,” Address to Seminary and Institute Faculty, , , 14.)

How do we measure whether or not one’s teachings are true or false? If anyone teaches beyond what the scriptures teach, we may put it down as speculation except one man who has the right to bring forth any new doctrine—that is the one man who holds the keys—the prophet, seer, and revelator who presides in that high place.  And no one else.  If anyone presumes to bring forth what he claims to be new doctrine you may know that it is purely his own opinion and you label it as such regardless of his position in the church.  If it contradicts something that is in the scriptures, you may label it immediately that it is false.  That is why we call the scriptures, our four Standard Church Works.  They are the standards by which we measure all doctrine and if anything is taught which is contrary to that which is in the scriptures, it is false.  It is just that simple. (“Viewpoint of a Giant,” Summer School Devotional Address, Department of Seminaries and Institutes of Religion, , , 6.)

I have in mind what the Prophet Joseph said about how good it felt not to be trammeled in thinking (Parry, pp. 39, 157), and also what he said and what the Lord has declared, that only the Prophet, Seer, and Revelator of the Church, the Presiding High Priest, the President of the Church, has the right to receive revelations for the Church or to declare the doctrines of the Church.  No other member of the Church has any such right or authority.  It is well that we all remember this. (“Reflective Speculation,” , Address to Religious Educators, ,1.)

As many of you know, I recently appeared on the Larry King Live television program.  I consented to do so because I felt that while there were possible hazards in it, there also was a great opportunity to speak to the world on issues before us.

In the course of the show Mr. King asked me point-blank, “What is your role?  You’re the leader of a major religion.  What’s your role?”

Never has there been a time when the written and spoken word can descend upon us from so many different sources.  Through the media we find analysts analyzing the analysts, almost overwhelming us with opinions and different views.

What a comfort it is to know that the Lord keeps a channel of communication open to His children through the prophet.  What a blessing it is to know we have a voice we can trust to declare the will of the Lord.  As the prophet Amos taught, “Surely the Lord God will do nothing, but he revealeth his secret unto his servants the prophets.” (Conference Report, October 1994, 22.)

You need unity in doctrine…. The principles of this gospel are clear and reasonably few, that we need to act upon. And there is only one man on earth who has the final word as to what is the true doctrine of this Church and that is President David O. McKay today. When there comes a time to change the doctrines of the Church, he will let you know. (Conference Report, April 1952, 80-81.)

There is no question about receiving revelation for the Church; about announcing new revelation to the Church; about expanding, altering, changing, or modifying, in any way, any existing revelation or doctrine—all this rests with the President of the Church, who is the senior apostle of God on earth and the prophet, seer, and revelator who presides over and governs all others. (Bruce R. McConkie Correspondence, 1984.)

A revelation was given to the Church ninety years ago last February from which I have read during this conference, and I will read from it again. This revelation is to the Church of Jesus Christ of Latter-day Saints, or the elders in it.

“Oh, hearken, ye elders of my church, and give an ear to the words which I shall speak unto you.

“For behold, verily, verily, I say unto you, that ye have received a commandment for a law unto my church, through him whom I have appointed unto you, to receive commandments and revelations from my hands.”

I want to emphasize once more, “A law unto my church.”

“And this ye shall know assuredly that there is none other appointed unto you,” [Who? “my church,”] “to receive commandments and revelations until he be taken, if he abide in me.

“But verily, verily, I say unto you, that none else shall be appointed unto this gift except it be through him, for if it be taken from him, he shall not have power except to appoint another in his stead;

“And this shall be a law unto you,” [and who is this law unto? “Unto my church,”] “that ye receive not the teachings of any that shall come before you as revelations or commandments;

“For verily I say unto you, that he that is ordained of me shall come in at the gate and be ordained as I have told you before, to teach those revelations which you have received, and shall receive through him whom I have appointed.”