Editor's note: This is the sixth in a series of posts by Dennis Horne about collectible books. The introduction is here. 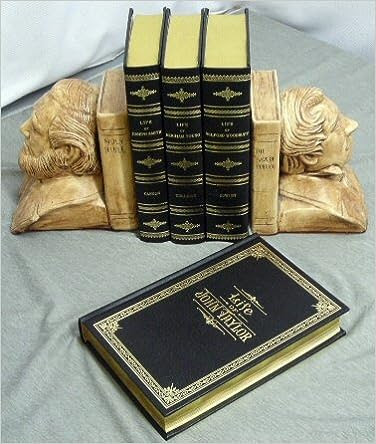 “In December 1890 Roberts had been given a kind of temporary release from his duties as a member of the First Council of the Seventy ‘to sustain his family,’ which was now composed of ‘three wives and six children.’ President Cannon remarked that ‘a man's first duty is to his family.’ Roberts continued to write semiweekly editorials for the Herald and installments of the history of President John Taylor, which ‘enabled me to meet my current expenses.’…

“For some time Roberts had been working on his biographical study of President John Taylor. On January 20, 1891, he had written to L. John Nuttall, who had served as President Taylor's secretary, requesting details of the passing of President John Taylor at Kaysville in 1887, ‘as I have reached that stage in my work when I need it.’ It became the last chapter of the book.

“Apparently he had been gathering material on this subject since the 1880s, just after his mission to Britain. In February 1891 he wrote to the Taylor family to say he had completed seven chapters and had presented them to the First Presidency (Wilford Woodruff, George Q. Cannon, Joseph F. Smith) for ‘review, examination and correction.’ Elders John Jacques and L. John Nuttall, who had served as President Taylor's secretaries, were assigned to carefully scrutinize the manuscript. For nearly a month they met frequently with Roberts and made suggestions. By late March nine chapters were completed and approved, and the book was published early in 1892.

“The book is the most laudatory in tone of Roberts's writings. It begins with the preface that ‘the author loved the subject’ and ends with the pronouncement, ‘he was one of the great ones of the earth.’…

“Roberts later wrote that the ‘spirit and power’ of John Taylor's biography had its beginning as boyish ‘admiration [which] grew almost into hero worship,’ which was first nurtured by stories Mother Tovey read to him in England. ‘I admired greatly the courage that prompted this man, Taylor, to stand by his chief at the opening door as the guns were thrust through pressing their deadly messages into... the chamber where the Prophet and his friends were confined.’ John Taylor, with only a walking stick, had ‘deliberately parried the guns, drawing them out of range.'

“The Taylor family (two sons, John J. Taylor and John W. Taylor, were executors of the estate) had commissioned Roberts to write this memorial. Their decision perhaps reflects the esteem President Taylor had for the thirty-five-year-old Roberts. Roberts was given access to John Taylor's own journals and his personal papers. Members of the Taylor family were open, cooperative and conscientious in responding to Roberts's searching queries in interviews. Since President Taylor's own counselor, George Q. Cannon, was related to John Taylor by marriage and had (Roberts believed) himself aspired to write his biography, Roberts felt a special responsibility.

“The biography seems today almost a eulogy which sober rethinking would qualify. But four decades later, Roberts printed his tributes to the ‘commanding strength’ of John Taylor, unmodified, in his A Comprehensive History of the Church.

“Overall, Roberts's Life of John Taylor is chronological, the episodes of Elder Taylor's service to the Church being presented in a setting that is semipersonal. The personality of the man comes less into focus than the massive contribution he made in the larger setting of the nation and the Church. Taylor's association with the Prophet Joseph Smith, particularly, in the final days (during which he was one of the two note-taking eyewitnesses), dominate four of the chapters. Through this and a study of John Taylor's discourses, later published in The Gospel Kingdom, Roberts saw with increasing clarity the British-Canadian convert who steadied the knees of many during the Kirtland crises; the missionary in France who debated with honor and who pronounced some French philosophy ‘fried froth’; the elder who stood at the Place Vendome and Napoleon's Column, looked at the names scratched on it, and said, ‘I will not write my name there; but I will yet write it in living, imperishable characters!’; the editor who wrote temperate answers to hate literature from New York.” (Truman G. Madsen, Defender of the Faith, 207-210)

A mutually beneficial agreement between Roberts and George Q. Cannon was worked out at Roberts's request. Cannon and Sons Company purchased the copyright on all of Roberts's published books for a flat fee of five thousand dollars "to him in hand paid.'  By this time he had written seven volumes: The Gospel, The Life of John Taylor, Outlines of Ecclesiastical History, Succession in the Presidency, New Witnesses for God, volume one, The Missouri Persecutions, and The Rise and Fall of Nauvoo. So far as the records can be traced, that is the only remuneration he ever received from these writings. (Truman G. Madsen, Defender of the Faith, 214)

From the L. John Nuttall diary: “March 18, 1891: I commenced this morning with Bro. John Jacques to hear Bro. B. H. Roberts read his manuscript of the History of the life of President John Taylor which he has written. We passed upon 9 chapters.” And, “March, 19, 1891: I attended the reading of the manuscript of the History of President John Taylor till 12 m.”

As to its publication, Abraham H. Cannon, manager of George Q. Cannon and Sons publishing company, wrote in his journal for Friday, February 26, 1892: “We today commenced to set the type for the Life of President John Taylor, which we expect to issue during the spring….”

Life of John Taylor is one of several late nineteenth-century and early twentieth-century biographies of Church leaders (Joseph Smith, Parley P. Pratt, Wilford Woodruff, Heber C. Kimball, Brigham Young, etc.) that are considered classics and are now highly collectible and sought after in first edition, and even more so in fine presentation leather bindings.
at 12:35 PM