Editor's note: This is the 11th in a series of posts by Dennis Horne about collectible books. The introduction is here. 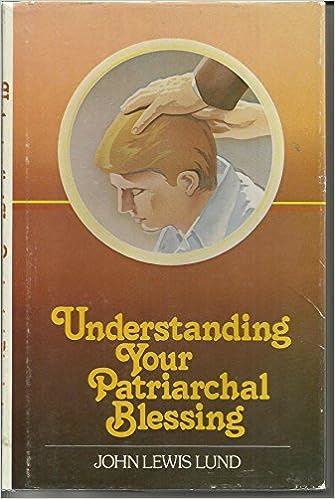 Very few copies of these books exist, which has in turn made it desirable for those who can afford the one-thousand-dollars-plus price tag. [Editor's note: This was originally written 7 years ago. Amazon currently has it starting at $350.] The original printing was for 10,000 copies, but almost all of them were destroyed by the author at the behest of church authorities. John Lund, a Church Educational System teacher, received a call from Elder Mark E. Petersen, acting on behalf of the Quorum of the Twelve and CES administration, and was asked not to distribute it. He obediently took all but 20-30 copies to the dump, incurring a substantial financial loss. The remaining copies were given to family and a few friends. The rarity of the book quickly drove up the price till it has become one of the priciest and prized modern-day collectible publications.

Reasons for why Elder Petersen asked the author to destroy the book are believed to have been related to the fact that it quoted from various patriarchal blessings and copious portions of the Church’s official handbook for patriarchs, a confidential copyrighted document. Also, as the title suggests, it contained material relating to the understanding or interpretation of patriarchal blessings, a matter that church leaders have counseled is between the individual receiving the blessing and the Lord, with interpretation coming from inspiration.

Rumors that the book contained a reference to patriarchal blessings being like fortune-telling or that it talked about the patriarch to the Church too close to the time that particular priesthood office was discontinued are evidently unfounded. Church Educational System personnel are understandably held to stricter publication content standards than other church members by virtue of their employment and position of influence among fellow Latter-day Saints. People I know who know John L. Lund speak of him with the highest regard and respect, believing him to be an individual of sterling honesty, integrity, and spirituality.
at 4:04 PM