Editor's note: This is number 37 in a series of posts by Dennis Horne, sharing quotes from his book, Determining Doctrine: A Reference Guide for Evaluating Doctrinal Truth. You can read the introductory post here. The first part of each post is a new introduction, placing the quotes in context with contemporary issues. The quotes that then follow are from the Determining Doctrine book, which contains many quotes that are not readily available elsewhere or are exclusive to the book. 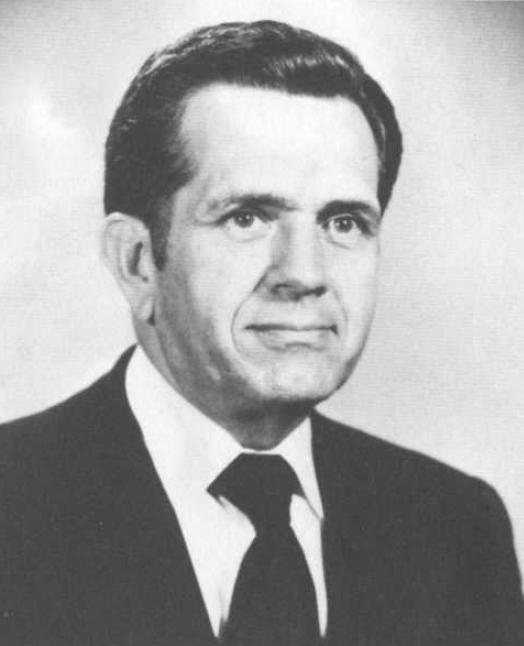 Evolution has long been a hotly debated and emotional issue—even in the LDS Church where it shouldn’t be. Nothing said here will resolve that debate. However, in this blog series the purpose is to teach how Mormon doctrine is determined and settled. By learning to do so, one can navigate the sometimes complicated nuances of Mormon history and teachings.

Basically, the below quotations amount to an apostle clarifying a question involving a private letter from a president of the Church that has caused confusion with some. The lesson to be learned is to be careful and cautious about determining doctrine; always remembering to examine the channel that delivers it and the source from which it comes. In this case the source seems credible at first glance, but the method of delivery is not definitive.

On a side note, I have noticed that most in the world and even some in the Church have falsely declared the debate over with finality, the issue resolved—victorious for evolution. Those so pronouncing do not speak for the Church and do not determine its doctrine.

On the other hand, I have noticed that the Ensign magazine reprinted the document on “The Origin of Man” in the February 2002 number. Keeping in mind that the Ensign itself has its own complexities as a channel and source of doctrine, the document included this introduction: “In the early 1900s, questions concerning the Creation of the earth and the theories of evolution became the subject of much public discussion. In the midst of these controversies, the First Presidency issued the following in 1909, which expresses the Church’s doctrinal position on these matters. A reprinting of this important First Presidency statement will be helpful as members of the Church study the Old Testament this year.”

One hopes that most Mormons are wise enough to tell the difference between wording found in science textbooks, scholarly papers and presentations, media reports, blogs, and the many other voices that promote and expound the philosophies of men (sometimes even mingled with scripture), and, those statements of the First Presidency that are reprinted in the Church’s magazine with an introduction that says it “expresses the Church’s doctrinal position on these matters.” One would think this one a no-brainer, but then one sometimes happens on some opinions expressed in the so-called “bloggernacle/blogosphere” and elsewhere and then one wonders.

As quoted from Determining Doctrine:

Twice the First Presidency has declared the position of the Church on organic evolution. The first, a statement published in 1909 entitled “The Origin of Man,” was signed by Presidents Joseph F. Smith, John R. Winder, and Anthon H. Lund. The other, entitled “‘Mormon’ View of Evolution,” signed by Presidents Heber J. Grant, Anthony W. Ivins, and Charles W. Nibley, was published in 1929. It follows very closely the first statement, indeed quotes directly from it. The doctrines in both statements are consistent and have not changed….

Statements have been made by other presidents of the Church and members of the Quorum of the Twelve Apostles which corroborate these official declarations by the First Presidency. (Boyd K. Packer, “The Law and the Light,” in Monte S. Nyman and Charles D. Tate, Jr., The Book of Mormon: Jacob Through Words of Mormon, To Learn with Joy [Provo, Utah: BYU Religious Studies Center and Bookcraft, 1990], 22-23.)

Your letter of has been received.

On the subject of organic evolution the Church has officially taken no position. The book “Man, His Origin and Destiny” was not published by the Church, and is not approved by the Church.

The book contains expressions of the author’s views for which he alone is responsible.

I should take note of one letter signed by a president of the Church addressed to a private individual. It includes a sentence which, taken out of context, reads, “On the subject of organic evolution the church has officially taken no position.” For some reason the addressee passed this letter about. For years it has appeared each time this subject is debated.

Letters to individuals are not the channel for announcing the policy of the Church. For several important reasons, this letter itself is not a declaration of the position of the Church, as some have interpreted it to be. Do not anchor your position on this major issue to that one sentence! It is in conflict with the two official declarations, each signed by all members of the First Presidency. (Boyd K. Packer, “The Law and the Light,” in Monte S. Nyman and Charles D. Tate, Jr., The Book of Mormon: Jacob Through Words of Mormon, To Learn with Joy [Provo, Utah: BYU Religious Studies Center and Bookcraft, 1990], 23.)

It is my conviction that to the degree the theory of evolution asserts that man is the product of an evolutionary process, the offspring of animals—it is false! What application the evolutionary theory has to animals gives me no concern. That is another question entirely, one to be pursued by science. But remember, the scriptures speak of the spirit in animals and other living things, and of each multiplying after its own kind. (D&C 77:2; 2 Nephi 2:22; Moses 3:9; Abraham 4:11-12, 24).

And I am sorry to say, the so-called theistic evolution, the theory that God used an evolutionary process to prepare a physical body for the spirit of man, is equally false. I say I am sorry because I know it is a view commonly held by good and thoughtful people who search for an acceptable resolution to an apparent conflict between the theory of evolution and the doctrines of the gospel.

…The revelations testify of the separate creation of man in the image of God—this after the rest of creation was finished. When the revelations do not fully explain something (and there is purpose in their not doing so), there is safety in clinging to whatever they do reveal. The creation of man and his introduction into mortality by the Fall as revealed in the scriptures conform to eternal laws governing both body and spirit.

Here we are, spirit children of God, clothed in flesh, sojourning in mortality for a season. Know that your body is the instrument of your mind, and the foundation of your character. Do not mortgage your soul for unproved theories; ask, simply ask! I have asked, but not how man was created; I have asked if the scriptures are true. And I have a witness and a testimony. (Boyd K. Packer, “The Law and the Light,” in Monte S. Nyman and Charles D. Tate, Jr., The Book of Mormon: Jacob Through Words of Mormon, To Learn with Joy [Provo, Utah: BYU Religious Studies Center and Bookcraft, 1990], 21-22, 24, 26.)