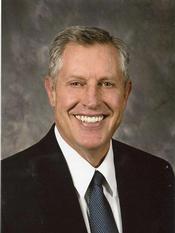 Selections from the article, “The First Vision and Religious Tolerance”
(Part fourteen of a series compiled by Dennis B. Horne)

In revelation both ancient and modern, the Lord calls His words “sharper than a two-edged sword” (D&C 6:2; 11:2; 12:2; see also Hebrews 4:12). In modern vernacular, much of what He said would be politically incorrect. It could be considered judgmental, divisive, rigid, closed-minded, or just plain embarrassing. Yet in some instructional meetings, the teaching of ethics prevails over the teaching of doctrine, thus avoiding disagreements or the possibility of giving offense. Everyone is content to speak of God’s love; rarely is His wrath or displeasure mentioned. . . .
In this context the reader is invited to consider three touchy or sensitive texts that stand at the very heart of our theology. These texts have been chosen to honor Joseph and Hyrum Smith, the great martyrs of our faith. They did not seal their testimony with their blood in Carthage Jail so that we may teach ethics. They did not die hoping that future generations of Latter-day Saints would say to the world, “Look, we are just like you.”. . .
Each of the three texts comes from the revelations of the Restoration, and each is frequently considered offensive by those not of our faith. Even within the Church some are uncomfortable with these texts and feel a need to apologize for them. . . .
The second is part of the Prophet’s account of the First Vision, in which he asked the Lord which church he should join: “I was answered,” the Prophet said, “that I must join none of them, for they were all wrong; and the Personage who addressed me said that all their creeds were an abomination in his sight; that those professors were all corrupt; that: ‘they draw near to me with their lips, but their hearts are far from me, they teach for doctrines the commandments of men, having a form of godliness, but they deny the power thereof’” (Joseph Smith—History 1:19). . . .
I would like to make some brief observations about the principle of tolerance. . . .

A further fine doctrinal tidbit:
As to Joseph Smith and the First Vision, we know that he learned much that he was forbidden to write at that time (JS—H 1:20). We also know that he “saw many angels in this vision” (Jessee 75–76). Those angels were not faceless and were there for a purpose. It seems a reasonable assumption that their number would have included the other prophets of whom we speak in this paper, the dispensation heads who would yet become the Prophet’s tutors in the restoration of all things.