Editor's note: This is # 40 in a series of posts by Dennis Horne about collectible books. The introduction is here. 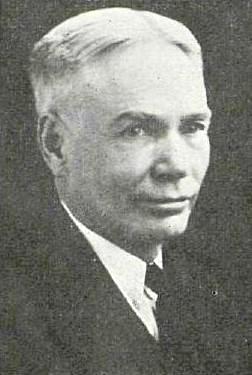 In his autobiography, the main author wrote:

“At that period [1939-42] I did considerable correspondence for the President [Heber J. Grant], and wrote a small book for the Beneficial Life Insurance Company, the title of which was, “Heber J. Grant, a Businessman.”

“Then he had me write the life of Daniel Hammer Wells, explaining that Annie Cannon Wells, an experienced writer and author, would assist me. His brother-in-law, Genton Wells, had worked for a year in the Library gathering information for that book. All of this was turned over to me, and it took me about a year to write the book, working at it whenever time permitted. Mrs. Cannon died before doing much on it.

“President Grant paid me $100.00 per month additional while working on it. My wife, May, was a great help in putting it together. She worked very hard at it. That first book was a big job. There was an edition of 3,000 copies which cost the President about $3,000.00. He died soon after it came off the press or he would have gotten all his money back and then some.” (Bryant S. Hinckley, The Autobiography of Bryant S. Hinckley, [unpublished], 44.)

The preface to the book relates that the reason that President Grant wanted the biography to be written was because he thought so much of Wells, who had assisted Heber and his mother by obtaining for them a paying boarder at a time when they were living in near poverty. The boarder turned out to be a benefactor to Heber in more than one way and Heber felt Wells had some responsibility for that.

1942 Daniel Hamner Wells
1949 Sermons and Missionary Services of Melvin Joseph Ballard
1949 Bryant Stringham and His People (Collaborated)
1951 Life of a Great Leader - President Heber J. Grant
1955 Not By Bread Alone
1956 Faith of Our Pioneer Fathers
1958 That Ye Might Have Joy

Most of these book were printed in large enough quantities that they are fairly easily located in used bookstores or online. Bryant also wrote “Brigham Frederick Grant” a book about “B. F.” Grant, a brother of President Grant’s, in 1945, that was not published. For further information about Bryant Hinckley, see here for an online pdf of his extremely rare autobiography, which is filled with life history gems.
at 9:32 PM