Editor's note: This is the last of a series of posts by Dennis Horne about collectible books. The introduction is here. 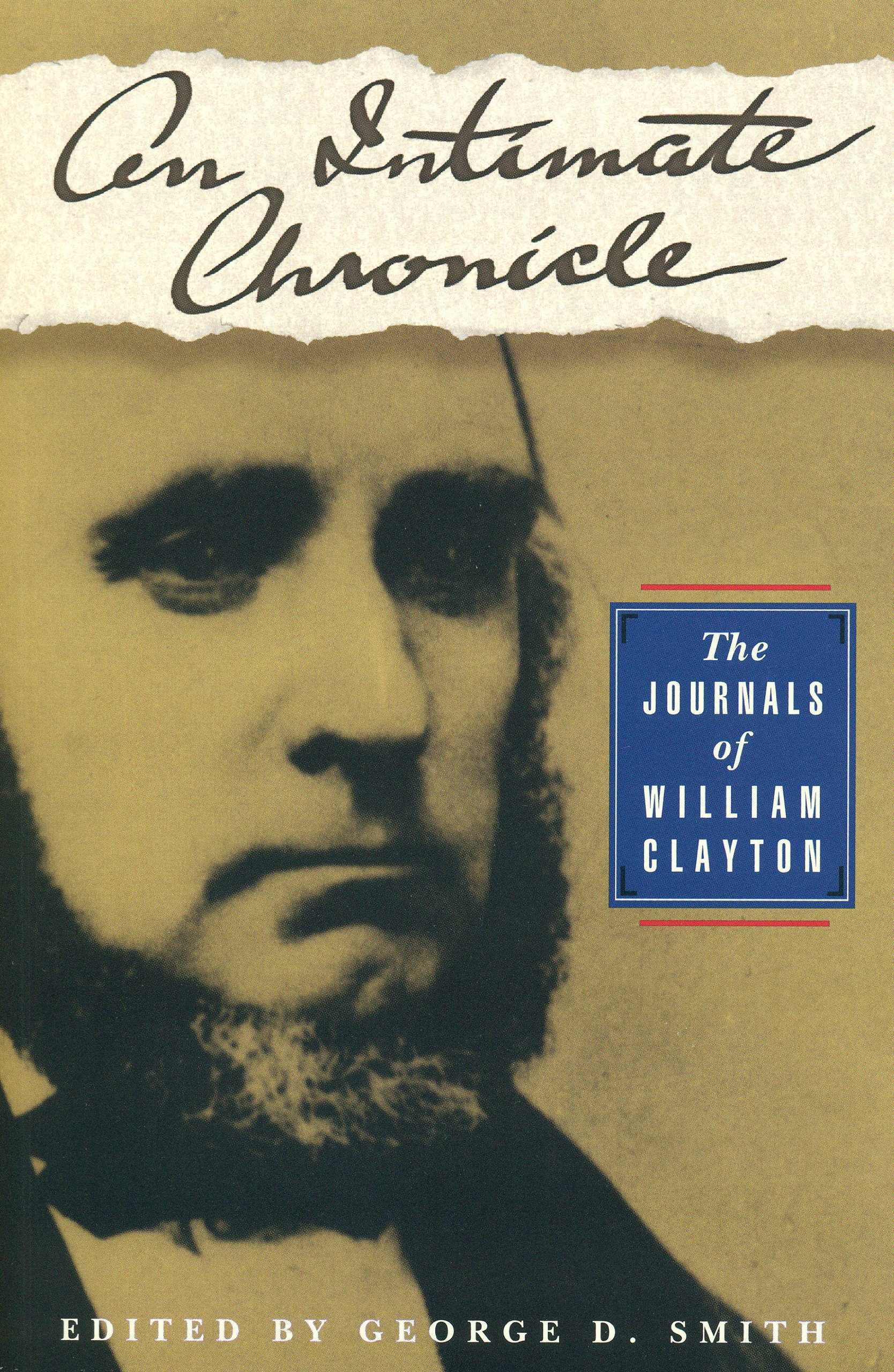 George Smith, owner of Signature Books, is an atheist and critic of the Mormon Church who interests himself in issues and episodes of LDS history that he dislikes—polygamy being one of them. His publishing company’s ultimate purpose seems to be to reinterpret Mormon history so that the divine element is missing. On occasion he self-publishes his own works; hence his version of the journals of William Clayton. While most students of LDS history are grateful for those publications that make available new sources and documents, they do have an expectation, often disappointed, that what they buy will meet established scholarly standards. In this case, they are again disappointed.

James B. Allen, former assistant church historian and BYU history professor, reviewed An Intimate Chronicle for BYU Studies with the eye of one who had already spent considerable time himself with the journals for his own scholarly works. He discovered that G. D. Smith was using purloined notes of the journals instead of the originals for his transcriptions, and that he was purposely omitting parts of the journals to make them seem more sensational. For example:        “Though editors have the right to determine what to eliminate, it is unfortunate in this case that some seemingly significant entries were excluded while some relatively insignificant passages were retained. Sunday, March 8, 1840, for example, was a very eventful Sabbath day for Clayton. In the morning, he prayed with a Sister Burgess, who had a serious infection on her breast. He also recorded where he had breakfast, who spoke at Church meetings during the day and evening; the ordination of certain men to the priesthood; some baptisms and confirmations; visits he made to members of the Church; gifts he received of oranges and money (he often recorded such thing as a reflection of his gratitude for people who supplied him with food and other needs while he was working without purse or scrip); and, finally, a cryptic comment about using ‘liberty’ toward Alice Hardman. In his abridgement, however, Smith kept only about one-sixth of the total entry: ‘Sister Burgess came. Her breast is very bad. I prayed with her…. Supper at Hardman’s. Used great liberty toward Alice Hardman’ (33). By including only the somewhat titillating material and leaving out the much more important information about Clayton and what he was doing as a missionary, this ‘abridgement’ does little but distort the day’s activity” (BYU Studies, Vol. 55, No. 2 [1995], 166).

Because this distorted version of Clayton’s journals was published in paperback, it was more widely distributed than many other Signature publications—how many unsuspecting readers will be fooled, or at least misled, by this manipulated mess.
at 7:07 PM