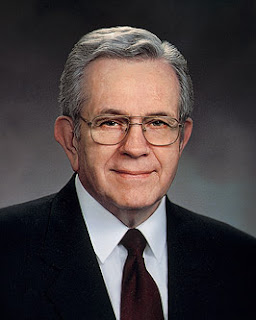 Today, and for some 50 years previous, the Church has used something called “correlation” or “correlation review” to evaluate and ensure the doctrinal correctness and accuracy of gospel teachings and instruction it produces. Correlation review has other purposes than this, but such is its main use. It has not always worked perfectly; it has had some annoying side-effects; in some cases it has dumbed-down the Church; but over-all it has been very helpful and necessary and its origins and continued use has been declared inspired by many of the Brethren. Before 1960s-1970s its purposes were the same but were called by other names, such as reading or publication committees. The below items and information will give the reader a feel for the creation of these processes and their internal church usages. First is the text of an official letter from the Heber J. Grant First Presidency appointing and explaining the duties of a new reading (correlation) committee. Those who don’t enjoy learning about such matters might skip to the next item, which is a definite and substantial quotation taken from a general conference address given by Elder Marion G. Romney. In this address he discusses his work and feelings as part of that reading/review committee as it pertains to the origin of man and the mission of Adam. (As far as I am concerned, Elder Romney spoke by pure inspiration.) Then excerpts from letters written by Elder Romney and by Elder Harold B. Lee are given, in support of and explaining some reaction from President McKay to his conference message refuting evolution. These powerful teachings won’t persuade biology teachers of evolution, who know more than the Lord, but they do represent the position and feelings of the leading Quorums of the Church—which is all that matters.

Refuting and Correcting BYU’s False Doctrine on the Origin of Man #29 - Creating the Earth: The Keys of Creation and Controlling the Elements

We quote two prophets to open this discussion:

We remember when the Lord Jesus was in the hinder part of the ship and was sleeping on a pillow, and his disciples awakened him and said unto him, “Master, carest thou not that we perish?

“And he arose, and rebuked the wind, and said unto the sea, Peace, be still. And the wind ceased, and there was a great calm. …

While putting this piece together, I at first planned to quote Ether 4:4-5 and 2 Nephi 27:10-11, but those scriptures are found in the below quotations from apostles explaining what they mean, so I suffice with this: “I have written upon these plates the very things which the brother of Jared saw; and there never were greater things made manifest than those which were made manifest unto the brother of Jared.” And: “They reveal all things from the foundation of the world unto the end thereof.” And lastly from Ether 3:25: “he showed unto the brother of Jared all the inhabitants of the earth which had been, and also all that would be; and he withheld them not from his sight, even unto the ends of the earth.”

For our purposes, the two key phrases are “all things from the foundation of the world”—the beginning of this earth—and, “all the inhabitants of the earth. . . .” This means the creation of the earth and mankind; all of the children of God assigned to this earth. So the sealed portion of the Book of Mormon contains a detailed revelation of the period that scientists would say that evolution happened.

While I find that a number of apostles and prophets have made reference to the sealed portion of the Book of Mormon in their teachings, most of those references are not detailed. As far as I can tell, Elder Bruce R. McConkie seems to have dwelt on the subject of what is written on the sealed portion of the plates the most among his apostolic associates. His views are stated in a number of quotations below, and amount to the fact that the sealed portion contains the vision of the brother of Jared in detail, including an account of the creation of the earth and all things by Jehovah, Michael, and their helpers among the noble and great spirits in the pre-mortal existence.

Dr. Josiah E. Hickman was a well-educated college professor that taught several disciplines over his lifetime at both BYU and Utah State University (before either were universities). He was a prominent teacher with considerable influence in church education. He was also Elder Orson F. Whitney’s best friend, as was his sister, Laura Hickman.

Josiah watched what we would today call troubling liberal/progressive influences infiltrate both universities to various extents, and he fought hard against these encroachments. He became so discouraged that he eventually left the teaching profession to sell insurance. In his early years, as he was obtaining his education, he became so frustrated with evolution in particular that he prayed with great faith and the Lord sent an angel to him to show him a vision about evolution. Josiah kept a diary in which he recorded many particulars of his life, of which the below relate to the subject at hand, including a lengthy narration of his vision, which, as far as I know, if virtually unknown in the Church—but needs to be known:

Elder Boyd K. Packer referenced this dream or vision given to a past Superintendent of Church Schools in his 1995 address to BYU students. It directly relates to teaching evolution and other false doctrines to BYU students; the same thing warned of in this dream is going on now as BYU biologists today repeat the egregious errors of their former associates:

George Brimhall, having already served 19 years as president of BYU, determined to establish a recognized teachers college. He had hired three professors: one with a master’s degree from Harvard, one with a doctorate from Cornell, and the other with a doctorate from Chicago. They hoped to transform the college into a full-fledged university. They determined that practicality and religion, which had characterized the school, must now give way to more intellectual and scientific philosophies. 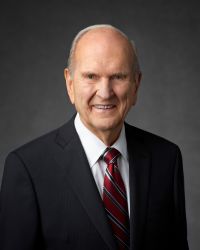 President Nelson’s teachings on the creation of man and his rejection of evolution are the most important of our time simply because he is the prophet of the Lord right now. Yet pro-evolutionists like Ben Spackman and others in the BYU biology department seek to marginalize his voice and views. Of President Nelson, Spackman said:

He’s said some things on occasion, and it has never been enough to be able to pin down what camp he falls into. He’s very obviously against the new atheist camp that says science and evolution disprove that there’s a God. That’s not a surprise. Whether he would be in favor of say, Steven Peck’s views of evolution, a BYU biology professor who talks about evolution a lot, or theistic evolution or, the kind of evolution in the way the Catholic Church has gone for it, he’s never really said enough to pin down his views. . . .