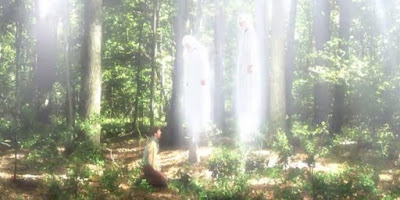 As is probably fairly well known by now to most members of The Church of Jesus Christ of Latter-day Saints, at the October 2019 General Conference, President Russell M. Nelson said: “In the springtime of the year 2020, it will be exactly 200 years since Joseph Smith experienced the theophany that we know as the First Vision. God the Father and His Beloved Son, Jesus Christ, appeared to Joseph, a 14-year-old youth. That event marked the onset of the Restoration of the gospel of Jesus Christ in its fulness, precisely as foretold in the Holy Bible. . . .
“Thus, the year 2020 will be designated as a bicentennial year. General conference next April will be different from any previous conference. In the next six months, I hope that every member and every family will prepare for a unique conference that will commemorate the very foundations of the restored gospel.”
I am sure many of us are curious what President Nelson meant about next conference being “different from any previous conference.”[1] I have no inside information, but surely it would be safe to guess that such a conference would include powerful teachings and testimony from prophets and apostles and other general church officers regarding the First Vision and other Restoration events. I think myself on solid ground in so venturing, in part because President Nelson also noted it would be “a unique conference that will commemorate the very foundations of the restored gospel.” Those foundations are understood to be the very items President Nelson referenced by name in his address and should be on the tip of every member’s tongue.
Read more
at 11:18 AM No comments:

Jana Just Doesn’t Get It (and Probably Knows It)

Jana Riess, an (evidently) leading and loud voice for liberals/progressives/dissidents opposing The Church of Jesus Christ of Latter-day Saints while trying to stay in it, is continuing to clearly position herself further outside the mainstream of orthodox believers.

In a recent blog, she wrote regarding the new temple recommend questions: “Does the new Mormon temple recommend interview make things better or worse for members who struggle with chastity or who support teachings the church opposes?” She went on to “parse” the revised questions looking for loopholes—I suppose she hopes she won’t have to bend the truth as much when she herself is interviewed.

But the quoted question itself is deafening in its obtuseness. I am supposing that by “things” she means remaining a dissident but still getting into the temple; not the right perspective; like getting credit for a class with a D grade. But the real issue here relates to her championing of LGBT people desiring to break the law of chastity and remain members in good standing, and her ever-growing activist agenda of supporting teachings the Church opposes.

Jana Riess, and anyone else for that matter, can rationalize and bend the truth and parse the recommend questions all they want, even bald-face lie to their local leaders, and often succeed in obtaining a recommend—for all the good that it will do them.
Read more
at 12:04 PM No comments: