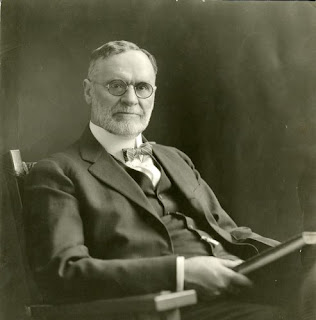 We now look as far as history allows into the lives and doings of three largely forgotten men (and their associates), to tell a story of strange doctrine, misplaced loyalty, and exasperated concern.

In 1881, Bishop Orson F. Whitney was called on a mission to England, where his assignment was to preach the gospel as a proselyting missionary for several months, and then move into the main mission office in Liverpool, where he would become the sub-editor of the Millennial Star. In this capacity he would take over for the departing sub-editor, Charles W. Stayner. Unbeknownst to most in his day and ours, Charles Stayner was a self-proclaimed prophet and seer, who evidently had a very magnetic personality, enabling him to persuade Bishop/Elder Whitney, and also many of the other missionaries serving there, that he was a prophet of God that would someday lead the Church.

The below diary entries and historical sources unfold as much as I know of Stayner’s (and his disciples) beliefs and actions in life. Bishop Whitney was the most prominent among them and had the best contacts with the senior leadership of the Church. For those who have not read my biography of Elder Whitney, after thorough study of his diaries, I came to realize that because of a susceptibility to flattery, difficulty coping with serious depression, and a hungry mind that thirsted for heavenly knowledge almost to a fault, Whitney was particularly vulnerable to Stayner’s claims. Beyond that, I cannot say why one as gifted and brilliant as Bishop Whitney would be so gullible as to accept Stayner’s strange doctrines and revelations. Stayner was not the only man to have a beguiling effect on Whitney during his lifetime, but he did have the most worrisome influence for the longest time—almost two decades.

I present this material now for several reasons. Some of it (the entries from President George Q. Cannon’s diaries) has just recently become available after languishing in the First Presidencies vault for a hundred plus years. Further, most of the entries quoted below from Whitney’s diary are already published in my biography of his extraordinary life and are therefore not really new. But the main reason to narrate this unusual chronicle is because it tells a story that is repeating itself today in tragic ways. False prophets have arisen among us and should be recognized for what they are.