Editor's note: This is # 38 in a series of posts by Dennis Horne about collectible books. The introduction is here. 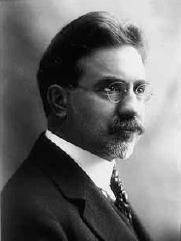 While on my long European mission assignment in 1927-33 it became very evident that there was too much illness among the people and that poor nutritional practice was partly responsible for much of it. …

As the years increased we tried to find some competent and willing person to show how the general principles of the Word of Wisdom corresponded with those of the modern experimentally established science of nutrition. Several doctors (M.D.) desired to help, but found no time. Finally, an assignment to do some work at the University of Southern California gave me the opportunity. My wife joined in. I took the negative teachings of the Word of Wisdom, she took the positive aspects. The book was written as our crowded lives permitted. Then, unknown to us, before publication, the manuscript was recommended, after presentation to the First Presidency, (Heber J. Grant, President) and accepted by the Presidency and Twelve, as a year’s text for study by the priesthood quorums of the Church in 1939. This gave wide publicity to the cause of the word of Wisdom and gave its modern interpretation acceptance by the Authorities of the Church. This not only helped to establish the positive parts of the Word of Wisdom in the minds of people, but also furnished a guide in answer to the many food cults unsupported by scientific evidence. It is just as important to understand and practice the truths taught in the positive as well as the negative aspects of this law.

When the book was being used in the priesthood quorums, an elderly man, a stalwart in the Church, a high priest, stopped me on the street to announce that woman’s work was not fit for priesthood study. After he was exhausted, I asked if he had read the revelation on the Word of Wisdom recently. ‘O, yes.’ Had he noticed that it was first given ‘to a council of high priests’? The conversation ended abruptly.

The book was widely circulated. The successive printings were soon exhausted. For many years it was out of print. Then it was given a thorough revision and a second edition published in 1950. In the revision the fundamental principles had not changed, but the vast amount of new knowledge which explained more clearly the nutritional theories and proposed practices were presented therein. …

Such is the outline of our attempts to correlate the principles of the Word of Wisdom and modern nutritional science. Ignorance, indifference and appetite are the chief opponents….” (In a Sunlit Land)

Elder Mark E. Petersen said: “Some speculate on food fads. A great injustice was done Brother John A. Widtsoe on that subject by certain extremists.” (Mark E. Petersen, “Revelation,” 137) I am not entirely sure what this means.

A highly reliable source one shared this story with me about Elder Widtsoe: He and his wife had been at some kind of party or social where chocolate was served as a treat after the main meal. Sister Widtsoe would not let John eat any and made a fuss when he tried. After the party, he escorted her out to their car and then soon reappeared at his hosts door. He entered, found the leftover chocolate, filled his pockets with it, and left without uttering a word. It seems he did not fully agree with his wife’s views on that particular item.

Allan K. Parish, John A. Widtsoe’s biographer, wrote that “John’s fascination with the life of Brigham Young became a writing project that would become a classic of LDS literature…. “ In moving the work forward, it helped that Widtsoe had married  one of Young’s granddaughters. Parish wrote: “Later there are many [journal] entries of his working on Brigham Young’s sermons and discourses, but the first and most complete reference that has surfaced is in a letter written almost a year earlier:

“‘It may interest you to know that I am wading through Brigham Young’s sermons, and have behind me four-fifths of them. I think the study has given me a most excellent insight into Brigham Young’s character. There is a clear thread running through the discourses that ties together states of mind and feeling and connects up with the events of the day. I did not expect to find the work as illuminating as it has been...’” (Parish, John A. Widtsoe, 294-95).

A sick day in bed gave Widtsoe some unexpected time: “Read journal of discourses, Brigham Young sermons….” Thereafter are a number of sporadic journal entries by Widtsoe indicating his steady work on President Young’s discourses from 1923 to 1925. He read the Journal of Discourses and Deseret News sermon accounts during free hours, sometimes until his head ached, then sorted and organized them. When the book was finally published, he recommended to the First Presidency that: “In view of the well-known name of Brigham Young, it might be quite worthwhile to place some copies of the Discourses on the shelves of at least the more prominent libraries.” Parish indicated that “The Discourses of Brigham Young was used as the study guide for the priesthood quorums of the Church in 1926. In commending its use, John remarked, ‘President Young studied under the teaching of the Prophet Joseph Smith and he names no higher privilege that to teach the people that which the Prophet had taught him. I doubt whether any of our leaders has been more correct in his doctrine than has President Young’” (Parish, John A. Widtsoe, 296).

In Widtsoe’s day, when gospel students had limited access to Young’s sermons in the original, it was genuinely possible to make such assertions. Widtsoe, as compiler and editor, controlled the material appearing in the book and was able to omit certain portions of Brigham Young’s discourses that contained suspect doctrine and speculation. This silent censoring (later called “correlating”) ensured the book would be approved by the Brethren and become part of a group of “compilation” books of Latter-day prophet’s teachings that enjoyed something of a semi-official status in the Church.

In more recent times, when further research into Young’s sermons has been possible, a more complex picture has developed. President Young’s powerful, insightful teachings have continued to edify, impress, and inspire even the most brilliant Latter-day Saints (like Hugh Nibley—see Brother Brigham Challenges the Saints), but have also been found to contain various ideas that have not been easily harmonized with scripture. And no one, it seems, has been able to satisfactorily explain how President Brigham Young, thought by most to stand next to the Prophet Joseph Smith as the second greatest prophet of the Latter-days, could get a few things so inexplicably wrong. Some say it is because he always spoke extemporaneously, without a text; others say it is because he was free to teach personal speculations—in isolated Utah, how could he have known how closely the anti-Mormons and fundamentalists would one day inspect his discourses?

Elder Widtsoe’s exhaustive work helped make available the best of President Young’s discourses without the complications that subsequent historical inquiry has entailed, thereby enlightening the Church—or at least that small portion of members that actually read the book.

Joseph Fielding McConkie wrote of a conversation he had with his father, Elder Bruce R. McConkie: “Once, after I had been reading Brigham Young's sermons, I said to him, "No one in the Church has ever spoken on the breadth of subjects that Brigham Young did." With a smile, he responded, "Have you ever read Mormon Doctrine?"

“In September 1903 President Smith wrote, ‘I have your note of Sept. 11th, in which you refer to a series of articles you have just finished and mailed to the Improvement Era on the subject, “Joseph Smith as Scientist.” Please accept my thanks for the same, and believe me your efforts are highly appreciated, especially as we are not prepared at the present time to pay you for the labor which you have done.’ He added that John’s only pay was ‘The knowledge that you have done good work for the benefit of the boys and girls of Zion.’ The articles in this series became the lead article appearing on the Era’s front page almost every month between November 1903 and October 1904” (Alan K. Parish, John A. Widtsoe: A Biography, 212).

In his own writing, Widtsoe simply stated—“I wrote a series of articles on Mormon Philosophy, which I entitled Joseph Smith As Scientist, which later appeared in book form and was used twice as an M.I.A. study course” (Widtsoe, In a Sunlit Land, 124).

Harold B. Lee: “If you want to get a commentary, there are a number of them, and President Smith has some excellent commentaries, but one that was used as a priesthood lesson course was Brother Widtsoe’s compilation of many of these scriptures with writings of these various brethren from the beginning, Priesthood and Church Government. Some of those you will have to update because they are a number of years old and some of the language and some of the definitions of organizations will not quite square with what we are talking about here, but it is a commentary where brought together you will find many of the writings with these scriptures which might be said to be commentaries.” (“How to Use the Scriptures to Assist Us in Our Church Assignments,” Address to Regional Representatives, , 6.)

In musing about the changes in his life brought about by his call to the Quorum of the Twelve, Elder Widtsoe wrote: “After some years finances became somewhat easier, but have never reached the professional level of the early years…. For the apostleship I turned my face from the pursuit of money….

Another related problem had to be solved. The university experience had been so exacting that I had had no time to engage in outside money making. The job was too consuming. Now, in this new position, what should be done? I had long since learned that it is exceedingly difficult to serve two masters. So it was decided that my whole time must be given to the cause of the Church, and we must be content with the results. My literary products were given to the Church. Any departure from this inward promise has not profited me. (Widtsoe, In a Sunlit Land, 162-63)
at 11:09 AM