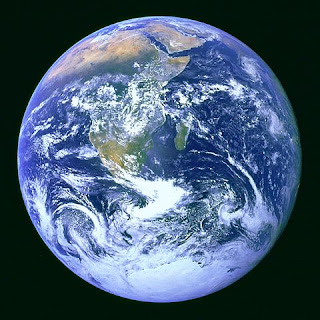 On October 25, 1831, during a general conference, Joseph Smith taught,


“It is the privilege of every Elder to Speak of the things of God etc., And could we all come together with one heart and one mind in perfect faith the vail might as well be rent to day as next week or any other time and if we will but cleanse ourselves and covenant before God, to serve him, it is our privilege to have an assurance that God will protect us at all times.” (Far West Record, p. 13-14. (Oct. 25, 1831.)
The Lord would shortly reveal to Joseph that inasmuch as the elders humbled themselves,

“the veil shall be rent and you shall see me and know that I am—not with the carnal neither natural mind, but with the spiritual.” (D&C 67:10).

The Lectures on Faith, second lecture, taught that no veil separated Adam and Eve from God while in Eden.  Yet,

“…though our first parents were driven out of the Garden of Eden, and were even separated from the presence of God by a vail, they still retained a knowledge of his existence, and that sufficiently to move them to call upon him.” (Lectures on Faith, Lecture 2, v 25)

It wasn’t that Adam and Eve forgot their memories with God, but rather, that the veil separated them from the presence of God.

For Joseph, the veil was not one of forgotten memories but a veil that today separates man from God.  “If the veil were rent today,” Joseph preached on April 7, 1844, “man would be able to see God as he is.” (King Follett Sermon) Joseph’s understanding of the veil was temple-centric, and to rent the veil was an allusion to the temple.  Furthermore, for Joseph, “passing through the veil” was not a euphemism for death as much as it signified the ordinances of entering into the presence of God.

The notion of the veil that most Latter-day Saints are familiar with (that related to pre-mortal existence) would not be articulated until after Joseph’s death.  While Joseph taught the concept of premortality, he focused more on the divine council and callings that those in his life may have received before mortality.  His sermons do not evidence a concern with premortal memories.

In one of the very first articulations of the veil in reference to premortal memories, Brigham Young spoke July 10, 1853:

“In regard to eternal things, they are all out of sight to them, and will so remain, unless the Lord lifts the curtain. . . . We are short sighted, and deprived of the knowledge which we might have. I might say this is right, without offering any explanation.

“But there are many reasons, and much good sound logic that could be produced, showing why we are thus in the dark touching eternal things. . .. I say, the greatest good that could be produced by the all wise Conductor of the universe to His creature, man, was to do just as He has done-bring him forth on the face of the earth, drawing a vail before his eyes. He has caused us to forget every thing we once knew before our spirits entered within this vail of flesh. For instance, it is like this: when we lie down to sleep, our minds are often as bright and active as the mind of an angel, at least they are as active as when our bodies are awake. They will range over the earth, visit distant friends, and, for aught we know, the planets, and accomplish great feats; do that which will enhance our happiness, increase to us every enjoyment of life, and prepare us for celestial glory; but when we wake in the morning, it is all gone from us; we have forgotten it. This illustration will explain in part the nature of the vail which is over the inhabitants of the earth; they have forgotten that they once knew. This is right; were it different, where would be the trial of our faith? In a word, be it so; it is as it should be.”  (President Brigham Young, July 10, 1853, Journal of Discourses, vol. 1, p.352)

“A veil of forgetfulness has fallen between us and the past, effectively hiding from view and shutting out from recollection the scenes of our primeval childhood, even as another veil hangs between us and the hereafter. Sometimes, perhaps as the hour of death approaches, a glimpse of the glorious future is permitted, even before the spirit has left its mortal tenement; so, too, at times, in blessed moments of sacred communion and holy thought, half memories of the past steal into our souls. As a European writer has declared, one seems to hear and feel the melody of songs which once he sang, but for which now he can find neither words nor music fit.”  (James E. Talmage, Improvement Era, 1905.)

The Veil will eventually be removed

Since Brigham Young, the main justification for the veil has been that it is necessary in order for man to fully exercise his agency and growth.  Neal A. Maxwell, who perhaps more than any other modern apostle has written and spoken more frequently about the veil, takes the premise to its logical conclusion and reasons that if we are still required to exercise agency in the hereafter, then the veil will not be removed in the next life, but must continue in some respects.  He writes:

“The veil of forgetfulness of the first estate apparently will not be suddenly, automatically, and totally removed at the time of our temporal death. This veil, a condition of our entire second estate, is associated with and is part of our time of mortal trial, testing, proving, and overcoming by faith- and thus will continue in some key respects into the spirit world.”  (emphasis added). [Maxwell, Neal A. The Promise of Discipleship. (Deseret Book Company, 2001), p. 111]

“We define the veil as the border between mortality and eternity; it is also a film of forgetting which covers the memories of earlier experiences. This forgetfulness will be lifted one day, and on that day we will see forever--rather than "through a glass darkly" (1 Cor. 13:12)....” [From "Patience," Ensign, Oct. 1980, p. 31]

“Eventually, the veil that now encloses us will be no more. Neither will time. (D&C 84:100.) Time is clearly not our natural dimension. Thus it is that we are never really at home in time. Alternately, we find ourselves wishing to hasten the passage of time or to hold back the dawn. We can do neither, of course, but whereas the fish is at home in water, we are clearly not at home in time--because we belong to eternity. Time, as much as any one thing, whispers to us that we are strangers here.
“Thus the veil stands--not forever to shut us out, but as a mark of God's tutoring love for us. Any brush against it produces a feeling of "not yet," but also faint whispers of anticipation when these words will be heard by the faithful: "Well done, thou good and faithful servant." (All These Things Shall Give Thee Experience, p. 26)

When we are born into this world, we only have a vague recollection of our preexistent life. By the inspiration of the Spirit "we see through a glass darkly" and we "know in part." Ultimately our previous knowledge will be restored to us, when that which is perfect comes, and then we shall know even as also we are known. Here we have the reason why the world did not recognize Jesus when he came in the flesh: "He was in the world, and the world was made by him, and the world knew him not." (John 1:10.)
Ultimately the veil of darkness, or forgetfulness, which deprives us of the recollection of our existence in the spirit world before this earth was made and of the acquaintances we had here, will be lifted. Then we will see as we are seen and know as we are known and as we were known before earth life. (A Marvelous Work and a Wonder, pp.281-282)

I hope this has provided some “pearls for thought” on the subject and now I turn it over to you to determine for yourself.  I am thrilled by the fact that in our next life, we will be able to continue to learn and progress on this remarkable subject.