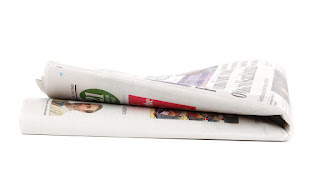 The Tribune and Peggy Stack are at it again, as we have come to expect, this time with more extremist feminism rubbish. In an article titled, “Mormon church has taken ‘baby steps’ toward greater gender equity, but LDS feminists say it’s time to lengthen that stride,” she again rashly uses her public platform to seek to push extremist feminism on the Church.

The first question that immediately arises is this: is this actually, really, news? True it is that what often passes as news today has changed over the last few decades. Legitimate news used to be just the facts of the story—no making things up to suit a reporter’s fancy or pushing personal ideologies. Now news has become filled with opinion and viewpoints. Even in that broad and generalized sense, this piece still struggles to resemble any kind of news. It is really what today is often labelled “fake news.” (I have found that pretty much any story the Tribune prints/posts about The Church of Jesus Christ of Latter-day Saints has elements of fake news in it.) This Stack article is really trumped-up (pun intended) extremist feminist propaganda, meant to act as both a rallying cry for feminists and to criticize the Church for not heeding the suggestions of its dissident feminist members.

The larger secondary question is, should a newspaper that bills itself as legitimate be running opinion propaganda disguised as real news? And because they do run such items, they forfeit any pretext to solid accurate journalism in their Mormon-related coverage. Hence my occasional efforts to do some watchdogging on an alleged news outlet that calls itself a watchdog. Peggy Stack is a glowing example of a yellow journalist—negative and personal bias, criticism, lack of balance, inaccurate facts and statements, sophistry, and manipulation abound in her work. The Tribune needs to clean their own house before they show others how to. Why can’t they get rid of the propagandist and hire a reporter without a liberal social agenda? Someone that won’t use their position and pulpit to push their personal causes. But the Tribune has a long and infamous history of using its pages for nefarious purposes on matters Mormon.

Stack uses loaded phrases like, “All-male hierarchy,” and other subtle manipulations as she unfolds her specious arguments. Out of whole cloth, she makes up a question that supposedly came up (maybe it actually did in her limited liberal activist circles): “What about the women?” But the problem here is that only she and other dissident feminists have thought of that question. The vast majority of the women in the Church don’t see the need to agitate or worry the prophets about such needless questions. They go there way, serving in their callings and acting as committed disciples of Christ, instead of criticizing Church leaders for not feminizing the Church.

Peggy criticizes because, during their press conference to announce the new First President a little while ago, the senior Brethren did not happen to mention the women serving in various capacities in the Church, nor did they use the word “feminist.” She is annoyed that the prophets are not incorporating the philosophies of liberal feminism into Church governance. Her hope: forget that the Church is led by the Lord Jesus and get with feminism; that would solve all the problems.

She then lectures us on activism from feminists, including the rebellious Ordain Women apostates, and says their efforts are “reverberating” around the world. This is more nonsense, making a mountain our of a molehill. Outside of extremist social media or Stack’s articles, there is little notice of their agitation among the general membership of the Church.

We then get a pronouncement from her (that is false and has no substantiation), that bishops throughout the church are “grappling” with how to interview young women who have committed serious sexual sin, and with how they deal with domestic violence in marriages when it comes to their attention. This is brought up to manipulate her readers into believing a problem exists where none does, and buying into her solution: Ordain women to the priesthood and call them as bishops so they can do the interviewing and do a better job believing the women who say they are being abused.

The problem with all of this warped activist drivel and tripe is that Stack’s manipulative silent assumption is that the system is broken and bishops are all failing and that inappropriate interviews are happening everywhere all the time and abused wives are all being ignored or disbelieved. More nonsense, and Stack knows it. But it doesn’t serve her purposes to acknowledge that bishops have been ordained and given keys and have the scriptural designation and mantle of a common judge in Israel and that they largely operate under the influence of the Holy Spirit in their ministries, interviews, and counseling. That the Holy Ghost is constantly and powerfully influencing the administration of the Church at all levels is beyond her; she does not allow for that or believe it. She seems ignorant of D&C 107:74, or really that whole section. More incompetence as a religion reporter, for all to observe.

Of course there are occasional mistakes made by local and general leaders, including bishops, and sometimes poor judgment is used, but by and large the system the Lord put in place in His Church, by revelation, works marvelously well. Both young women and young men are enabled to confess their serious sins, sexual or otherwise, to one authorized to hear those confessions. By following the scripturaly defined process they are enabled to repent and be forgiven and find peace. Stack assumes that because a loud activist, who either knows nothing about church doctrine and procedure, or wants to change church doctrine and procedure, loudly proclaims, as part of a publicity stunt, that these interviews are harmful or abusive or some other garbage, then they must be. And that is because she thinks the same thing and wants to use these highly publicized but rare incidents to pressure the Church to change.

Stack then calls for greater diversity in local and general leadership, desiring that women be ordained to the priesthood, with the hope that it would help cause Mormon acceptance of the LGBT agenda and lifestyle. She mistakenly declares there is an “exodus” from the Church of feminists and millennials—her own assumption and not the truth, and wonders if women as bishops would stop such from happening.

The fact is that the more a person becomes imbued with the philosophies of the world, like extremist feminism and gay propaganda, the less appealing the Lord’s Church will be too them. They will not see sin and rebellion for what it is, because there is no sin in the telestial world we live in and rebellion has been redefined as “doing what makes us feel good,” with no harm in that. Peggy is defiantly preaching the ever-evolving social gospel of the telestial and terrestrial worlds to her audience, seeking to change the Church. She is trying to sell something the prophets and apostles will never buy, and that they warn members against. Her philosophies, and those of Jana Reiss and Joanna Brooks and dozens of other dissident activist online voices, will never be accepted by loyal discerning Latter-day Saints who know the difference between the uninspired learning and reasoning of men (and women) and the gospel of Jesus Christ. They take their guidance from the prophets and apostles, from the standard works, and from the Holy Ghost.

The article then tells some unconfirmed anecdotes, after which Peggy attempts to determine doctrine for the Church, citing some quotations from Joseph Smith to the Relief Society at their first organizational meetings in the 1840s. It is not her place or prerogative to determine doctrine for the Church or interpret what the Prophet meant in his teachings. Neither is it the place of any historians who study Mormon history. It is for the current prophet and apostles to do that, and they interpret brother Joseph differently than Stack. As we well know, Stack’s interpretations are powerfully influenced by her extremist feminist views, a very unsound standpoint from which to reason. Let us be grateful, from the bottom of our hearts, that the LDS Church is not led by Stack, her sympathizers, or their deeply misguided pronouncements. Thank goodness truth is how things really are, and not how Stack wants them to be. I don’t think she will ever understand that her efforts are useless and wasted.

Stack goes on to quote some feminists, complaining about this or that or the other that they see wrong in the Church and what they desire the prophet to do to conform to feminism. Here we see worldly feminists with an agenda, upset with the workings of a divine institution. With a slew of feminist’s emails at hand, Stack can manufacture desirable feminist quotations for her propaganda pieces on-demand. Almost like ordering up a movie on Netflix. These extremist feminists will all have the same opinions as Peggy’s and will be happy to give her fodder for her made-up stories.

A fundamental problem underlies this fake news article and its author. She sees the Church as a man-made organization (which it is not), subject to change mandated by outside worldly influences. If the changes these liberal activists suggest were ever implemented—the ordination of women and acceptance of the gay lifestyle and marriage (gross immorality), it would mean that the Church had gone into apostasy. And the scriptures teach that it won’t. So, don’t look for these “impatient” feminists to influence the Church very much—it’s just not going to happen. Various administrative adjustments on occasion as the Lord guides His prophets are anticipated and standard procedure, and we would worry if they didn’t occur, but the wild olive branches will never overcome the tame tree. The Church will be healthy and prepared, made up of loyal righteous people, minus the apostates, feminist dissidents, and those living the LGBT lifestyle, when Christ comes the second time to accept it.
at 7:34 PM